Cricket is the game for which Asian countries are tremendously passionate. Even Australians love the game so much that summer means Cricket on freshly mown grass for some children. A cricket match has a certain number of balls to be delivered in the limited formats of the game. So, what is an over in Cricket?

The total number of balls to be bowled is bifurcated into blocks of 6 balls, known as “over”. One bowler can bowl a maximum of 6 legal deliveries, basically an over, at a stretch.

What Is The Point Of An Over In Cricket?

An over is a must to ensure that one bowler does not keep bowling continuously. This feature provides the batting side with relief if the bowler is on a good roll. On the other end, the individual bowler is also getting some space to breathe and rejuvenate.

After every over, the new bowler has to bowl from the opposite end of the pitch, thus ensuring that the pitch holds well for the rest of the match. The process of switching ends; not only does it keep the pitch sporty, but it also adds new dimensions to the game.

The wind angles, pitch topography, and boundary size all are inverted on the culmination of each over. Such minute changes affect the way the ball behaves massively.

How Did Overs Come Into Existence?

Overs were present in the greater history of the game. However, they have not always been consistent with the number of balls in each. Sometimes and in some regions, overs were of 4,5,6,8 balls.

While these inconsistencies remained in the 1800s and early 1900s, Cricket became more consistent with the number of balls and over rules. 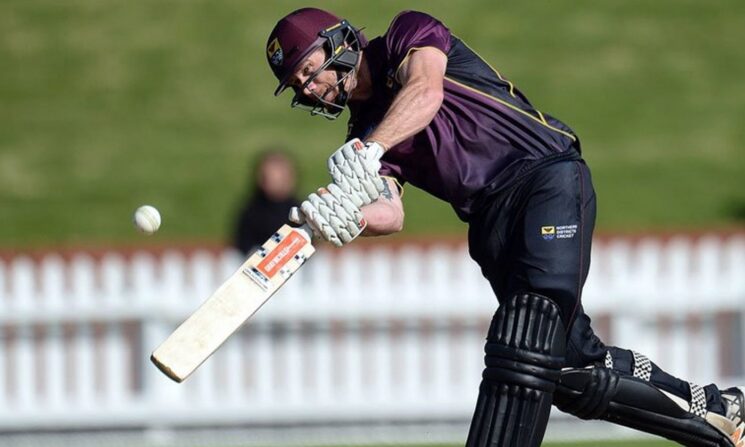 The fielding team captain needs to make crucial decisions regarding when to bowl who. In the limited over matches, a bowler can have a maximum of ten overs and four overs in the One Day International and T20 match, respectively. There are no restrictions on how many overs one bowler can bowl in test cricket. But 90 overs must be completed during a day’s play.

Using the bowlers in different pairs, at different times and in different ways, becomes a deciding factor in the game. When the ball is new, captains would normally start with fast bowlers as they have the inherent ability to swing the ball.

Like the most successful Indian captain, Mahendra Singh Dhoni, some captains often started with slow bowlers when he knew that the pitch assisted them or when the batsman had an unfavourable match up against a particular player. He also used spin early in the game where he knew that dew was going to be there in the latter overs.

The special abilities and experience of separate bowlers, along with their quota of overs, make it challenging for the captain to use the most effective combination during the match. The captain must initiate a clear process of planning in each inning.

It is also a significant decision for the batting side to realise which bowlers to take on and when to take them on. The choice of the batting order is often known to be depending upon the number of overs left and the objectives of the team.

Any player who executes the plan to perfection in one over can win it for their team. It is ideal for citing an example. Yuvraj Singh’s six sixes in an over pushed India to a very high score which they ended up winning.

The declaration is when the batting side is confident that they can win the game by bowling the opposition out. Such a decision relies on the number of overs left in the game and the number of runs scored.

If in an over, there are no runs scored, it is known as a maiden over. It is the best result you can have in any over when it comes to a number of runs. Such maiden overs are quite common in test cricket when the fast bowlers are steaming in or when the spinners are simply weaving mysteries. In T20 cricket, a maiden over is worth gold. It can entirely disrupt the run chase of a team.

We have understood how overs work in Cricket. It is not futile to say that each over adds up to aggregate an inning, just like drops of water make an ocean. Each one of them plays a tremendously crucial role in building a proper match.

In the Indian Premier League, when Kolkata Knight Riders took on the Rajasthan Royals, KKR got off to a flyer. They needed to chase down the mammoth total of 217 when they were well poised at 178/4 at the start of 16 overs. However, Yuzevendra Chahal turned the tide in favour of RR by picking four wickets in that over. RR went on to win by seven runs.

That being said, the game is not done and suited until the very last ball. It is one of the most unpredictable games in the world. So, whether you are a player or just a member of the audience, never lose hope!

Why is it called a maiden over?

A maiden over is an over where no runs are conceded at all. The word Maiden means unmarried or untouched. Since none of the balls in the over were put away for runs, it is remarked as a maiden over.

What is a Jaffa?

Jaffa is usually a delivery that has been exceptionally well bowled by the bowler. It has deceived the batter in a way that it would be unplayable for almost any other batter.